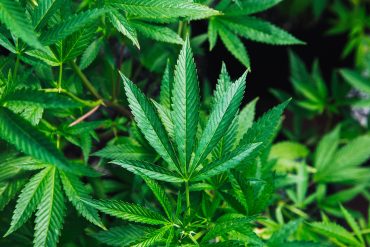 If you’ve searched online for information about CBD, you might have seen something called the “entourage effect” mentioned.

The entourage effect is a phenomenon in which the numerous different cannabinoids, flavonoids and other compounds in CBD act in synergy, producing a combined effect that’s more significant than the effect of any one active ingredient on its own.

There’s some scientific debate as to how significant the entourage effect is. However, a growing number of CBD users claim to notice greater effects from CBD products that contain a variety of different, naturally-occurring ingredients instead of just CBD.

Hemp Compounds and the Entourage Effect

Contrary to popular belief, there’s far more to the hemp plant than just cannabidiol (CBD) and tetrahydrocannabinol (THC). Modern strains of the hemp and cannabis plants contain a huge range of different compounds, all of which affect the plant’s composition.

For example, a normal hemp plant not only contains CBD and trace amounts of THC. It’s also rich in compounds such as natural flavonoids, terpenes and fatty acids. The hemp plant is also rich in cannabinoids other than CBD and THC (in total, there are at least 113).

Or, in simple terms, you can think of the entourage effect as the extra benefits you might get by ingesting a broad range of hemp plant compounds at once, instead of just CBD.

Compounds That Contribute to the Entourage Effect

As we mentioned above, the hemp plant contains at least 113 different phytocannabinoids — a type of active ingredient that could affect the way you think and feel. Of these, the best known are CBD and THC, although numerous others are found in the hemp plant in abundance.

It also contains other natural compounds, ranging from compounds that affect the flavor of the plant to aromatic compounds. Many of these compounds are believed to offer potential health, wellbeing and quality of life benefits.

Below, we’ve listed some of the different types of compounds that can be found within the hemp and cannabis plants.

Flavonoids are plant chemicals that are present in a wide variety of fruits, vegetables, herbs and other plant life. All flavonoids are phytonutrients (a type of natural chemical compound produced by plants).

The flavonoid compounds in plant matter contribute to the plant’s appearance. For example, the presence of certain flavonoids in many fruits contributed to the fruit’s color. When you see a fruit with a bright, eye-catching color to it, you have the plant’s natural flavonoids to thank.

In addition to affecting the appearance of plant life, flavonoids can also affect the taste of certain fruits, vegetables and herbs.

Scientists have long known that a diet rich in fruits and vegetables is the key to a healthy, longer life. Recently, research is starting to show that many of the health benefits associated with fruits, vegetables and other natural plant matter is due to the presence of certain flavonoids.

For example, certain flavonoids are linked to antioxidant and anti-inflammatory effects within the body. Like other plants, the hemp and cannabis plants are rich in flavonoids, which may be key contributors to their potential health benefits.

Terpenes are naturally-occurring compounds found in plants that contribute aromatic effects. In the case of the hemp plant, a unique terpene profile is responsible for the plant’s distinctive and easily recognisable scent.

Like flavonoids, terpenes are believed to have certain effects on the body. For example, many of the terpenes in the hemp and cannabis plants are widely believed to contribute to pain relief and changes in mood, including relief from anxiety, depression and stress.

As with the other potential effects of CBD, research on the effects of certain terpenes is still in its very early stages. As such, it’s best to think of these potential benefits as what terpenes may be able to do, not what they’re proven to do.

CBD Isolate and the Entourage Effect

If you’ve shopped for CBD products before, you’ve probably seen the phrase “CBD Isolate” on the packaging of certain products.

Products that are made using CBD isolate only contain the CBD cannabinoid. These products don’t contain THC. They also don’t contain any of the naturally-occurring flavonoids, terpenes and other compounds found in the hemp and cannabis plants.

This is achieved by isolating CBD during the production process. When this type of CBD oil is made, the extra cannabinoids, flavonoids and terpenes are separated, then discarded during production.

Because these products only contain CBD and don’t contain any additional compounds, they won’t provide any entourage effect. However, by using them, you’ll still experience the primary effects of CBD by itself.

We’ve gone into more detail on this in our guide to the main differences between CBD isolate and full spectrum CBD products.

CBD products that are labelled as “full spectrum” not only contain CBD — they also contain the other naturally-occurring compounds found in the hemp plant.

Since these products contain all of the natural cannabinoids, flavonoids and terpenes found in hemp, they’re perfect for delivering the entourage effect. As such, this is the type of CBD you’ll want to buy if you’re interested in getting the hemp plant’s full range of potential benefits.

However, it’s important to note that full spectrum CBD products also contain THC, albeit in very small amounts. This means that if you’re drug tested for your employment or education, there’s a risk that the small THC content could cause you to fail regular testing.

As such, it might be worth using CBD isolate products instead if you’re concerned about the risk of failing a drug test. Remember that while CBD is legal in the UK, even a tiny amount of THC is often enough to cause you to falsely fail a standard drug test.

The entourage effect of CBD is the combined effect of the hemp plant’s cannabinoids, terpenes, flavonoids and fatty acids all working together to change the way you think and feel. Many CBD users enjoy this effect and believe it enhances the hemp plant’s effects on the body.

To experience the entourage effect from CBD, you’ll need to use a product that’s labelled as “full spectrum”. These products contain a diverse range of hemp compounds, meaning they’ll deliver the full effects of the plant after consumption.

If you use a CBD isolate product, you won’t experience the entourage effect. However, you’ll still many of the positive, enjoyable effects of CBD.